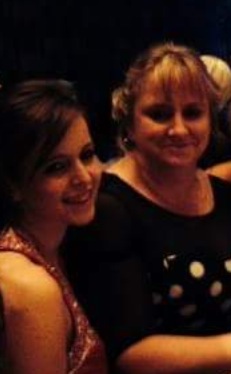 Karen has always lived with dogs, originally a poodle. Then Karens mum bought a dog from a pet shop window.  When Karen and her family moved from London to the countryside one of her relatives began breeding dogs and this was where Karens interest began.  Karen can always remember hand rearing Great Dane puppies from her teenage years.  The first dog Karen ever owned in her own right was William a Yorkshire Terrier from Ozmillion lines.  Sadly William got run over when Karen was away in my first year of college around the same time Karens grandmother died.  Karen then bought two puppies one named Amy another Yorkie and Lucy a Westie.  Lucy was the first dog Karen bred herself.  She had two litters then was spayed.

After Karen met Ian who was allergic to dogs, Karen gave up the idea of having any dogs but one day Ian came home with a Jack Russell Sue. The owner had never wanted her and was trying to get rid of her. This was closely followed by Kim who was not a Jack Russell although she was supposed to be!

After the children came along both Karen and Ian moved to a larger house and Charlotte was give a video '101 Dalmatians'.  Which the family watched over and over again.  The house started to resemble a Dalmatian dog home so when Karen was flicking through the newspaper and saw that there was a litter in the Cambridgeshire area sired by that years Best of Breed at Crufts, Karen spoke to Ian about it.  When Karen rang the owner there was one puppy left.  As a family they went to see her, she was half the size of the rest of the litter and the spottiest Dalmatian ever, but the whole family loved her.

Two years later the Page's wanted to add another dog to the numbers and were put in touch with a lovely breeder Pat Stanton who's Salsusa line played a major influence on our breeding programme.  From this first litter we bred our first Champion Winter Magic.  All our dogs have been line bred back to her father.

Since then the Winflash affix have made up 4 champions and have had numerous CC, RCC and BP winners along side this.

The family have also got Miniature Schnauzers which are lightly shown along with Beagles, who are Karens particular favourite's.